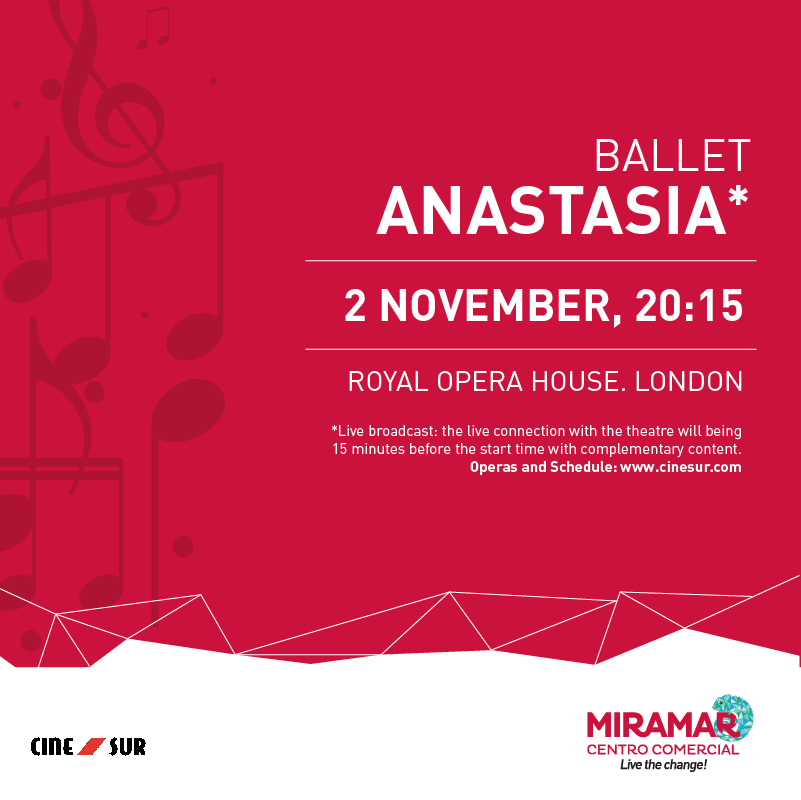 On Wednesday 2 November, we can enjoy live the Opera-Ballet “Anastasia “by Tchaiskovsky and Martinu, broadcast from the Royal Opera House in London, at 20:15h at our Cinesur Miramar.

This long duration ballet, by choreographer Kenneth MacMillan, is a compelling exploration of identity in the turbulent wake of the Russian revolution. An identity crisis; a country in revolution. Anastasia is a ballet on one of the great historical mysteries of the 20th century, recently solved.

Consequently, in this story we see how at the height of the Russian Revolution, the royal family was executed. Later, a young woman appeared (apparently a real princess survivor), Grand Duchess Anastasia. Known as “Anna Anderson” she could not remember her past and she presumably was an impostor. Many wanted to forget the massacre and the Revolution; many believed, or hoped, that a princess might have survived, a remnant of the old world.

With music by Tchaikovsky and Martinů, in this ballet we follow the events leading to the murder of a family and Anna’s confusing dreams and memories. It is also a powerful psychological challenge for the lead ballerina.