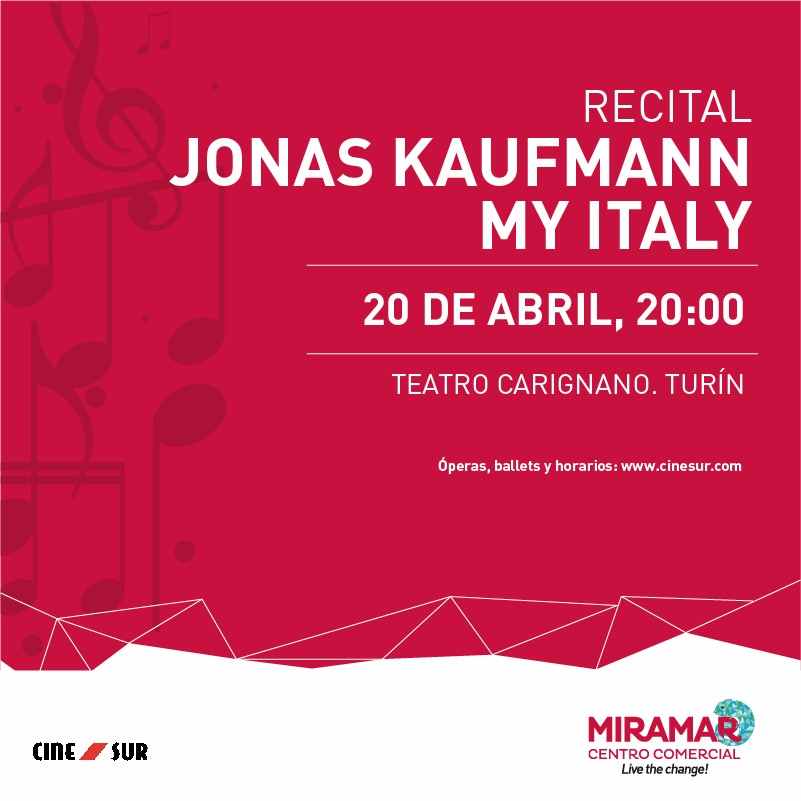 My Italy, a Jonas Kaufmann recital on 20th April

Next Thursday 20th April 2017, enjoy My Italy, a recital by opera singer Jonas Kaufmann, at 8 p.m. at Cinesur Miramar.

There is no other place in the world like Italy: the sun and the salty sea, the scent of citrus fruits and coffee, a seductive glance or a memorable song that emerges from the heart.

Jonas pays a personal tribute to a culture where the beauty and the influence of the Opera go beyond the walls of the opera house. The success of tenors like Enrico Caruso and composers such as Lucio Dalla take the leading role in a concert where Puccini and Verdi are just part of the cast. The concert was recorded at the Teatro Carignano in Turin, where the star tenor is accompanied by the RAI National Symphony Orchestra, conducted by Jochen Rieder. Kaufmann sings popular songs, such as Torna a Surriento, Core ’ngrato, Mattinata, Parla piu piano, Caruso and Il canto.