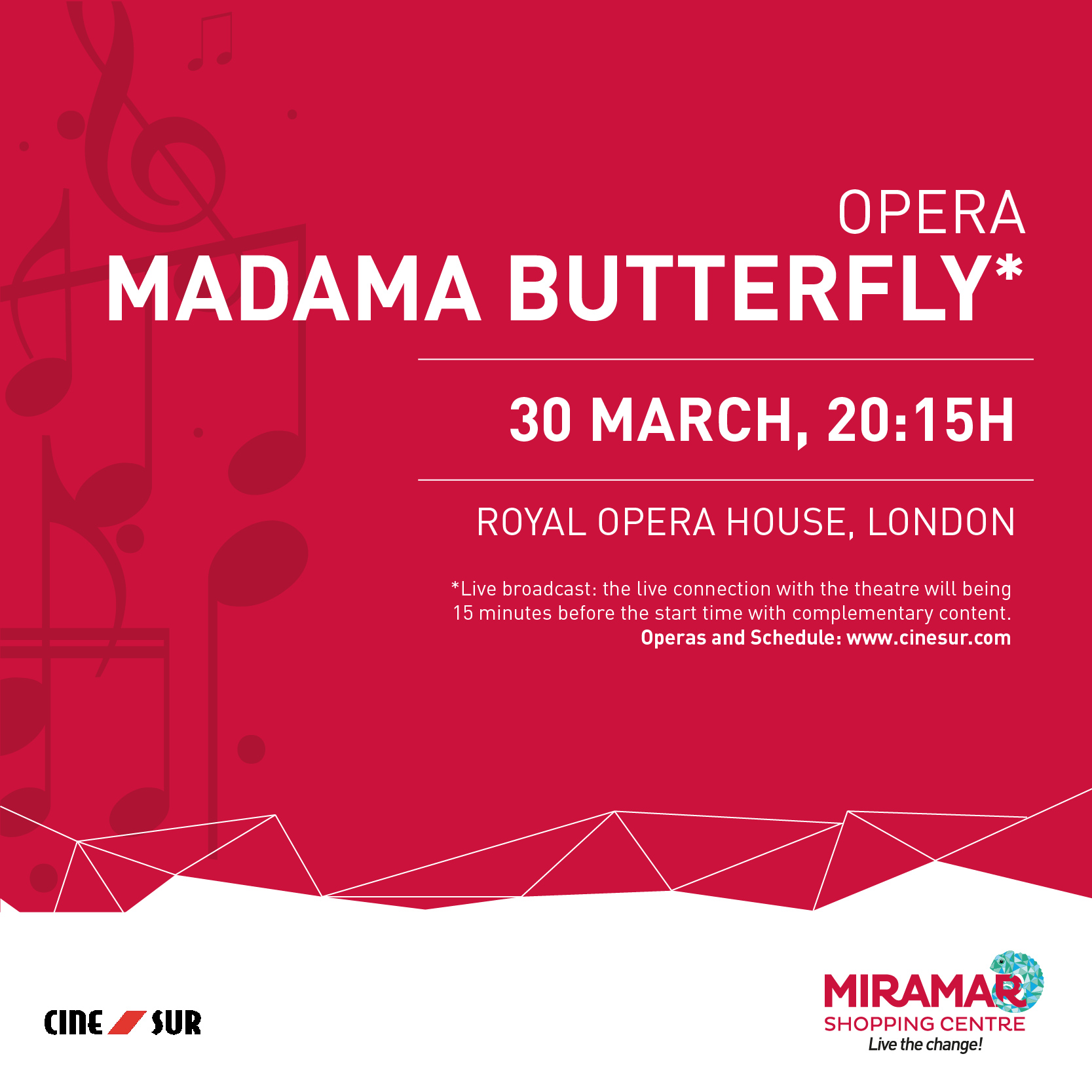 Next Thursday 30th March 2017 we will enjoy live the opera show Madama Butterfly, one of the greatest works of this genre. We will broadcast it live from the Royal Opera House in London at 7.15 pm at Cinesur Miramar.

The first act tells us the story of the American officer Lieutenant Pinkerton, who is going to marry Cio-Cio-San (a 17-year old girl). This wedding will follow the country’s traditions, meaning that the marriage will only last while he is at this country, and he only needs to desert her to get divorced. Goro, together with the servants, will be in charge of the wedding’s preparations. One of these servants is Suzuki, a loyal maid. The bride, known as Madama Butterfly, arrives at the ceremony, together with her family. Despite being cursed by her uncle Bonzo, she accepts the religion and the traditions of her new husband.

The second act takes the story three years after, where Suzuki, Butterfly and her little boy (Pinkerton’s son) wait for the husband to come back. But he will never come back. Meanwhile, Butterfly resists to Goro’s intentions, who is trying to marry her with Prince Yamadori. Sharpless, the American consul, has gone to Butterfly’s home to notify her that her husband is now legally married in America and that he will travel to Japan with his new wife. However, he finally decides not to let her know.

On the third and last act, Butterfly, who is exhausted of waiting, goes to bed to have a rest and then the consul, Pinkerton and his new wife appear in scene. As soon as Butterfly sees Kate, she perfectly understands the situation, and she does not ask for any explanations. She calls her son and bids him farewell, leading to the most tragic of endings for Madama Butterfly.

Live broadcast: The live connection with the theatre will start 15 minutes before the actual performance start time. During that time we will broadcast content related to the performance.