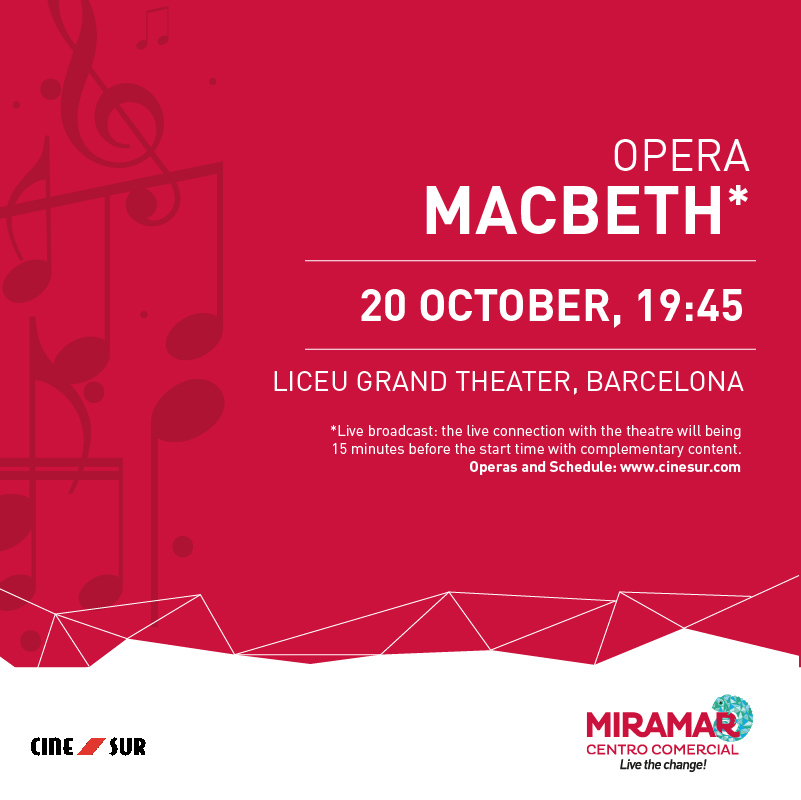 On Thursday 20 October, you will experience live the Verdi’s great opera “Macbeth”, broadcast from the Gran Teatre del Liceu (Barcelona), at 17:45 h at our Cinesur Miramar.

Macbeth is four-act opera with ten musical scenes by the great classical composer Giuseppe Verdi. His libretto is based on the eponymous tragedy written by William Shakespeare. It was the tenth Verdi opera and the first of Shakespeare’s plays adapted to the operatic stage.

The main protagonist in this play is Macbeth, general of the king of Scotland. Upon returning from a military campaign, Macbeth encounters three witches. These three women tell him that someday he will become Baron, and even later become king. Subsequently, a part of this prophecy is fulfilled, which makes Macbeth (in turn driven by his wife’s desire for power), decide to murder Banquo, fellow soldier and according to the witches, the future father of kings. This assassination provokes a series of tragic events, revealing the individual greed of human beings, and thus being this representation a reflection on human consciousness.