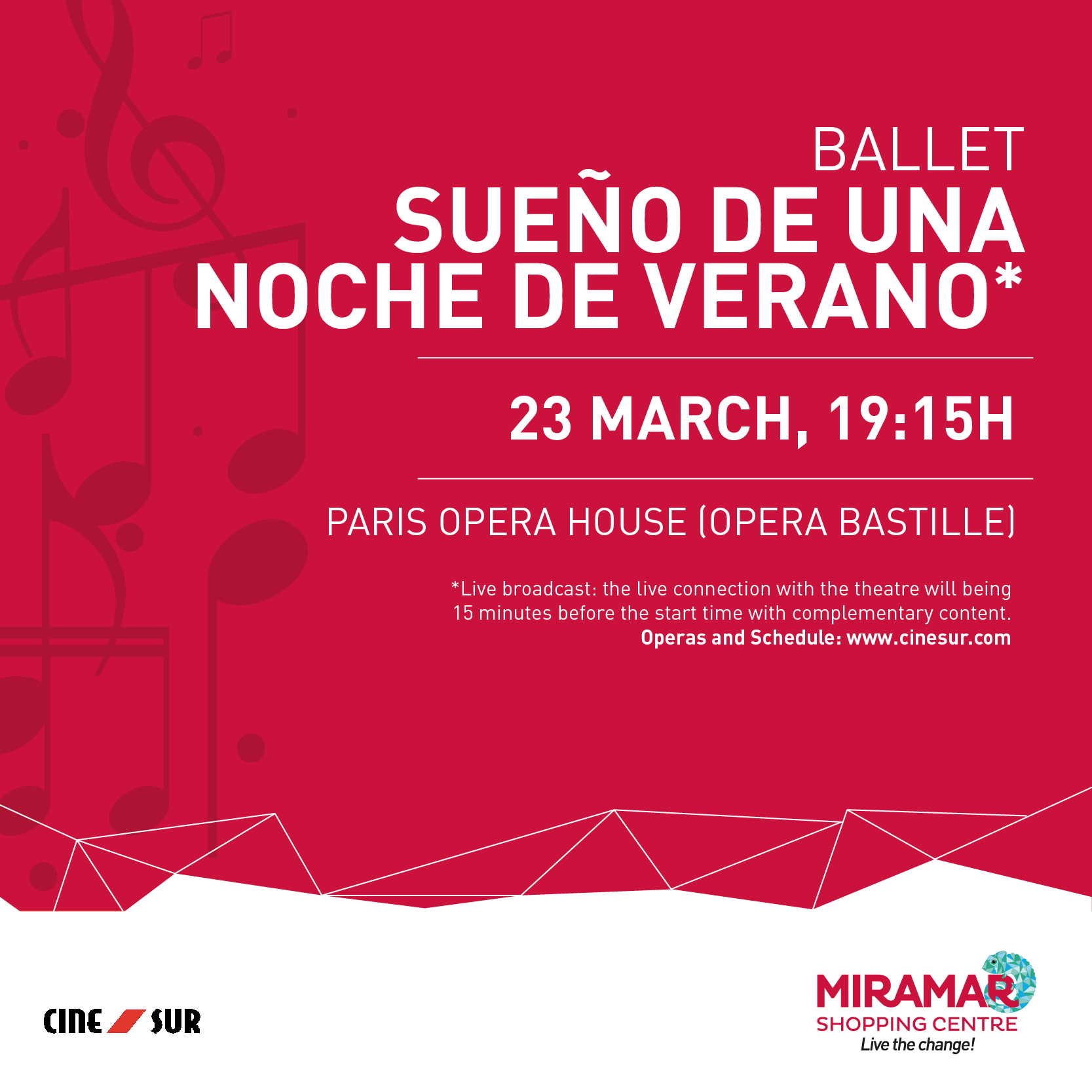 Next Thursday 23rd March 2017, we will enjoy live the ballet play A Midsummer Night’s Dream, one of the master pieces of playwright William Shakespeare. We will broadcast it live from Paris opera house (Ópera Bastille), at 7.15 pm at Cinesur Miramar.

On 1962, George Balanchine created his version of this comedy play by Shakespeare for the New York City Ballet, and we can now enjoy it live from Paris opera house. Balanchine describes a complicated love story in two acts and six scenes while respecting the vocabulary of the bard and adding a delicate touch of pantomime.

Theseus (the Duke of Athens) and Hippolita (Queen of the Amazons) are found in the middle of a fight between the King of Elves and the Queen of Fairies, that leads to the intervention of Puck and his magical potion, accompanied by an amateur actors’ company. After all these interconnecting plots, the play ends with a beautiful show of virtuosity. A Midsummer Night’s Dream is one of the very few story ballets by George Balanchine, which is now part of the repertoire at Paris opera house Ballet for this season. Another master of the stage, Christian Lacroix, has designed the set and costumes for this production.

Live broadcast: The live connection with the theatre will start 15 minutes before the actual performance start time. During that time we will broadcast content related to the performance.